Lambeth Palace Library and the Church of England Record Centre regularly embark on new projects and acquire and catalogue new material, from rare books and manuscripts to modern publications.  Every two months, we post here a brief update on some of our latest acquisitions, projects and upcoming events, to keep you up-to-date with our most recent news.

Some highlights from our recent new acquisitions include:

London’s Unseen Chapels: From the Notebooks of Canon Clarke

An event to celebrate the life and work of Canon Basil Fulford Lowther Clarke (1908-1978). From the age of fifteen, Basil Clarke kept a record on the architecture and architects of Anglican and Roman Catholic Churches and Chapels which he visited, predominately in England and Wales but also in Europe, Asia, Africa and America. The Cathedral and Church Buildings Division, Lambeth Palace Library, and the Church of England Record Centre, with support from the Heritage Lottery Fund, are mounting a joint exhibition which brings to life the hidden world of London’s chapels.

The event will include a lecture by Dr Jennifer Freeman, architectural writer, lecturer, historian and former Director of Historic Chapels Trust, entitled ‘London’s Churches and Chapels; a Miscellany’, followed by a wine reception. Please follow the link to register your interest for this free event: https://www.eventbrite.co.uk/e/londons-unseen-chapelsfrom-the-notebooks-of-canon-clarke-tickets-31716408632

An evening with the Library’s Conservators

Tickets £10 per head, to include a glass of wine. Numbers will be limited. Please note that the conservation studio is reached by a medieval spiral staircase. Please book in advance with Juliette Boyd, Lambeth Palace Library, juliette.boyd@churchofengland.org  or telephone 020 7898 1400, not later than Friday 31 March. 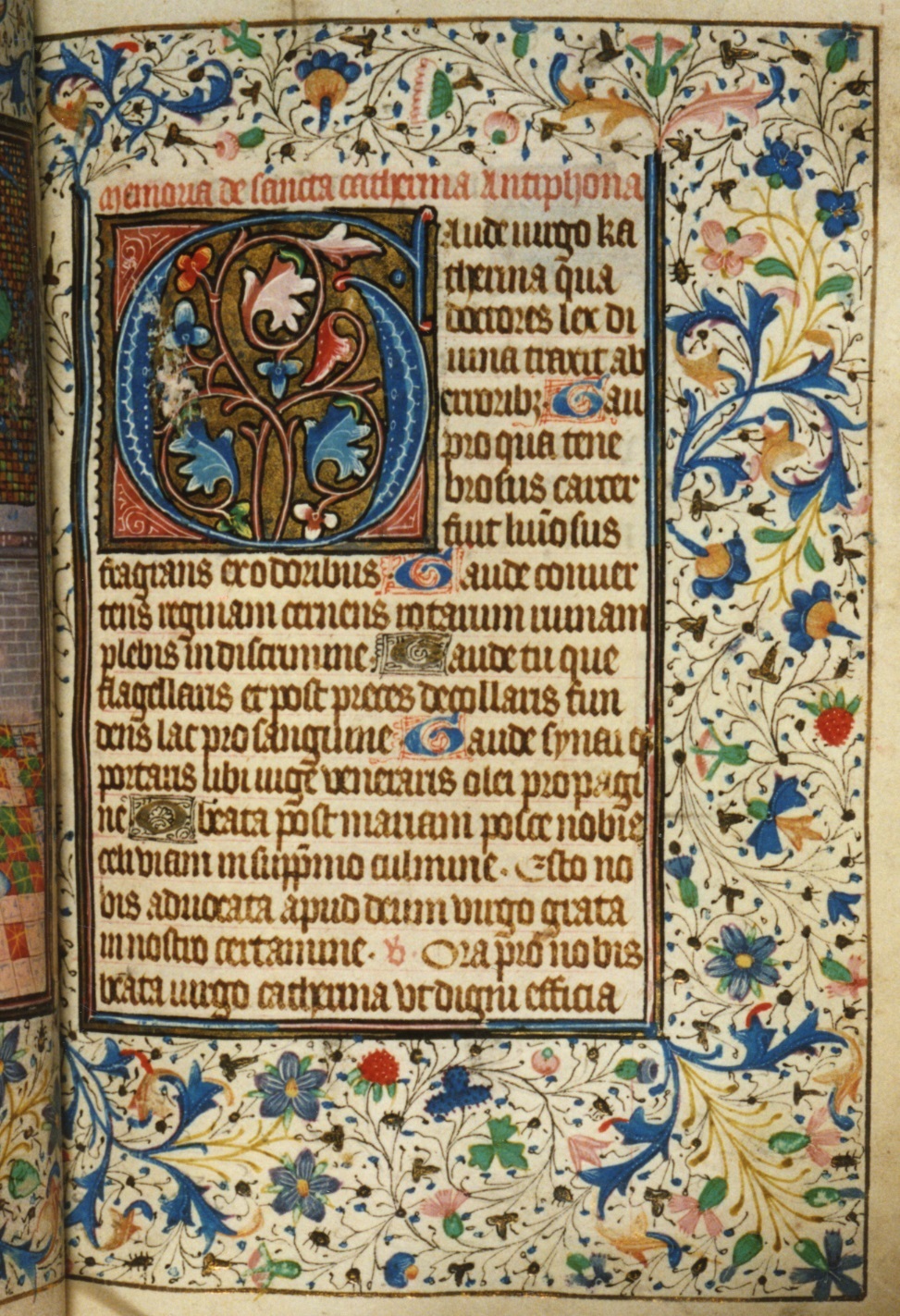 It has long been conventional in the history of books and book collections of the Middle Ages to draw a distinction between liturgical books and library books. In practice, however, the use made of the books and the arrangements for their storage and custody suggest that the distinction was sometimes less clear-cut. Tessa Webber will examine such evidence to question how far the conventional bi-partite categorisation of books as ‘liturgical’ and ‘library’ reflects the way in which books were conceived during the Middle Ages.

In association with the University of London research seminar on the History of Libraries. All are welcome, but those wishing to attend are asked to register with juliette.boyd@churchofengland.org not later than Monday 5 June. 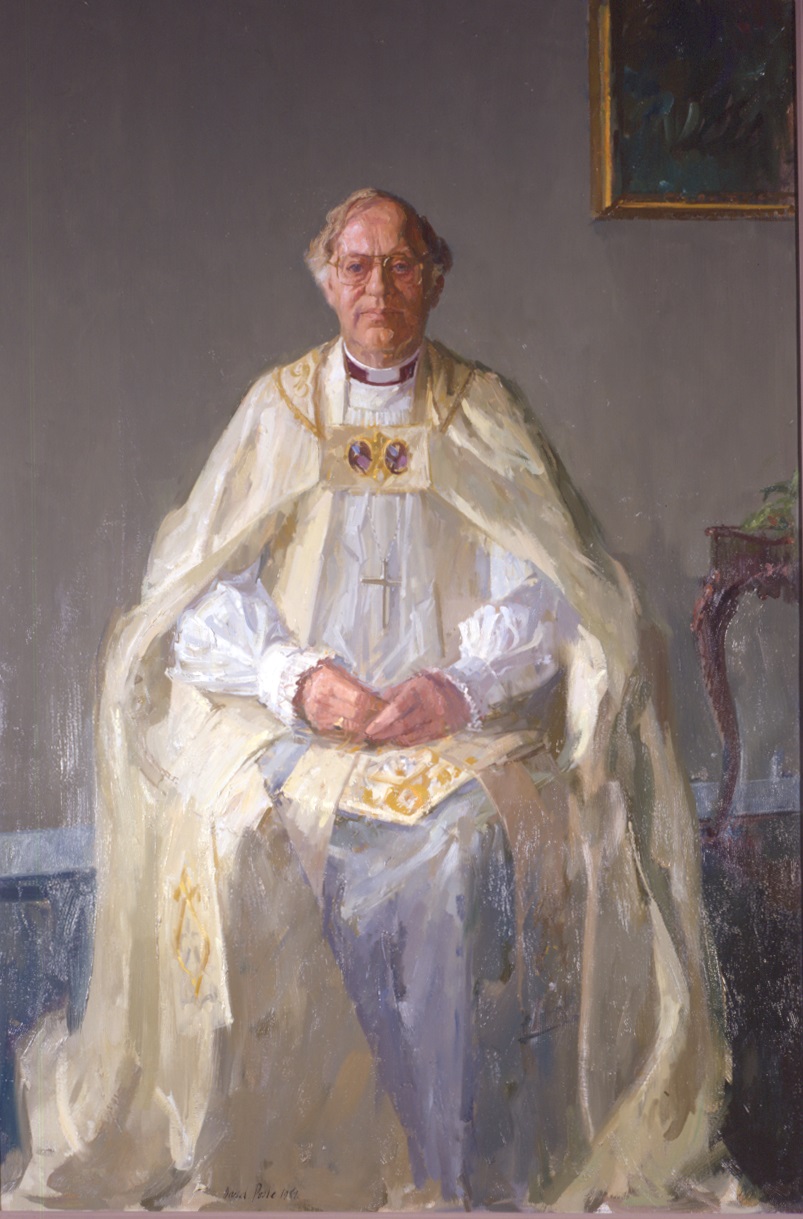 Records from 1986 which form part of the papers of Archbishop Runcie were released for research. Cataloguing work was completed on the records of the Council on Foreign Relations (CFR) relating to the Orthodox Church in Russia and the Ukraine, and also included the CFR publications bureau which facilitated contact between clergy and others in the UK and contacts overseas. Descriptions of the photographs in the CFR archive are now also available. For more information on these collections please see the online archives catalogue. Work to re-catalogue the Library’s historic records 1785-1952 has been completed and has produced a new source guide on the Library website.

Additions to the image database include MS 3338, a late 15th-century Book of Hours (Use of Rome), written in Italy in humanist script. Further blog posts relating to the Library’s collections on the First World War cover army chaplains, and the ration book of the Lambeth Librarian, Claude Jenkins. Library material continues to feature on the website of the John Newton Project.

The collections listed below have been fully catalogued. Links to the online catalogue are included in the names.

‘Books and their owners’: recently exhibited items from the Sion College Collection 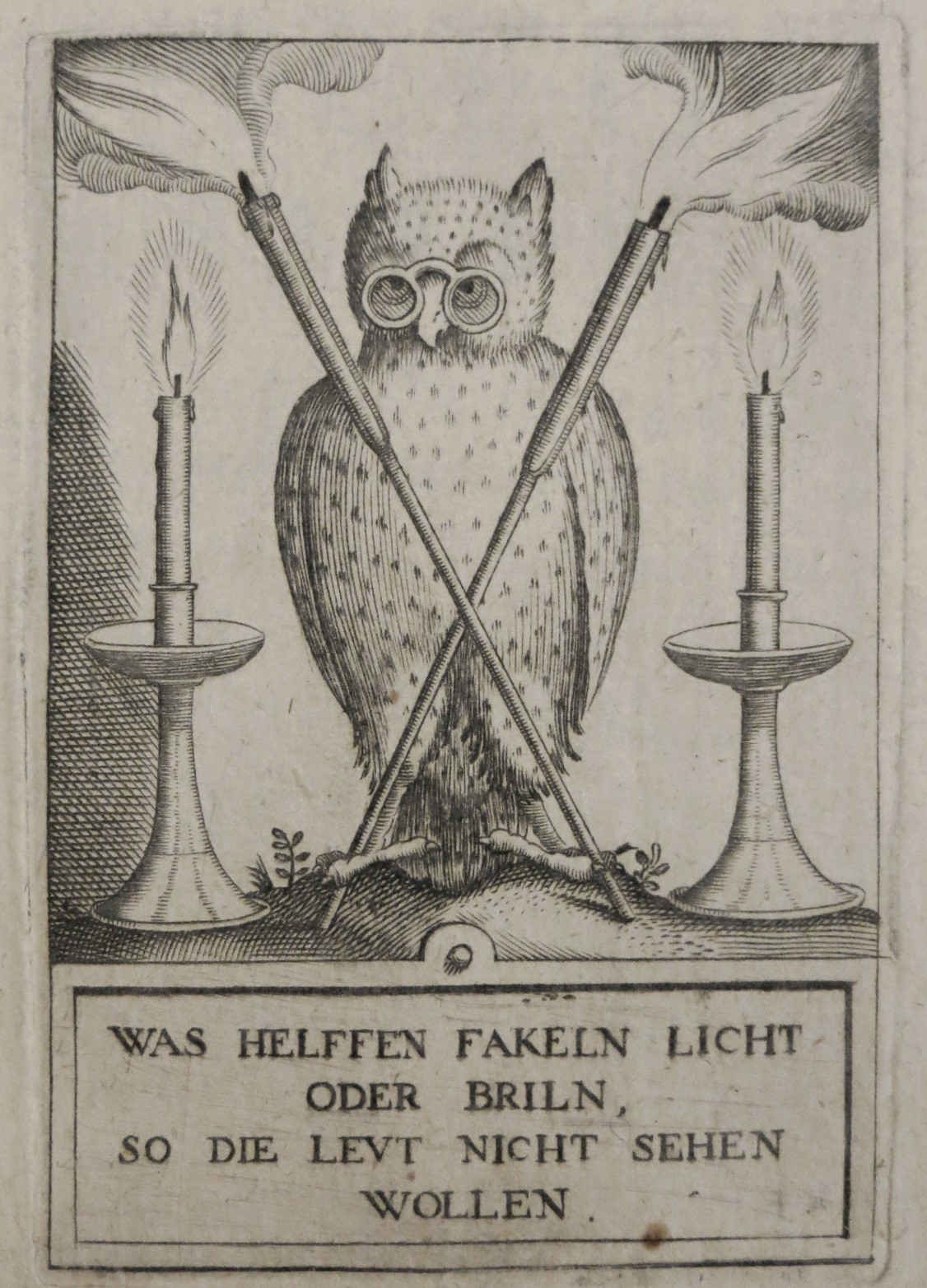 This week, an array of material from the Sion College Collection (now held at Lambeth Palace Library) was showcased in an exhibition focussing on books and their owners.  Highlights from the exhibition included: 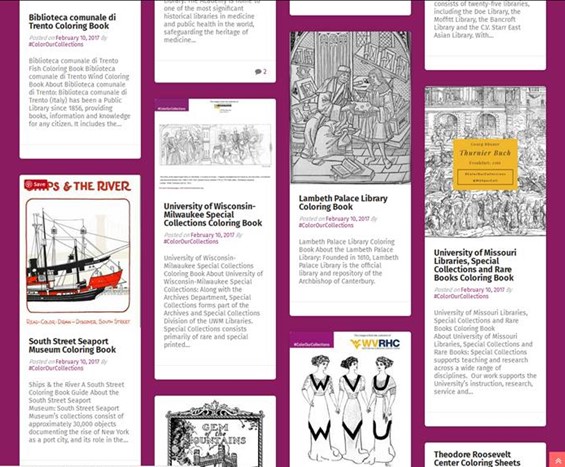 This year Lambeth Palace Library contributed to the #ColorOurCollections initiative spearheaded by the New York Academy of Medicine. Not only did we use the hashtag to highlight Lambeth Palace and Sion College Library material on social media (joining some 3,755 tweets on Twitter), but we also registered as one of 105 participating organisations on the main website and submitted a sample of colouring book pages for users to download and enjoy. Thus far the website has received over 300,000 views and has gained some media interest. You can see Lambeth’s contribution here (http://library.nyam.org/colorourcollections/participating-institutions/), but there are plans for a larger scale project form Lambeth in the future.

Don’t forget you can also keep up-to-date with our news and events, and enjoy glimpses of some of the treasures in our collections by following us on Facebook, Twitter, Pinterest and Instagram, as well as on our blog.