This is a further blog post in a series to commemorate the centenary of the First World War.

Percy Dearmer (1867-1936) was an Anglican clergyman, whose papers were gifted to the Library in 2003. A historian and artist as well as a priest, Dearmer championed the integral role of art in religious practice in his writings such as ‘The Parsons’ Handbook’, in his establishment of the Warham Guild for the design of vestments and ornaments, and through his post as professor of ecclesiastical art at King’s College, London (1919-36). He also made significant contributions to the quality of church music through his collaborative efforts with Ralph Vaughan Williams, Gustav Holst, and Martin Shaw which produced ‘The English Hymnal’ and ‘Songs of Praise’. The Library’s collection of Dearmer’s papers corroborates this picture of an inspiring and influential figure, even amidst the turmoil and tragedy of World War I.

During the war, Dearmer served as a chaplain for the British Red Cross ambulance unit in Serbia. There, in 1915, his first wife died of enteric fever. That same year, his son Christopher died of wounds received at Gallipoli. Correspondence between Dearmer and his second wife, Nancy, during the war exemplifies the loss and loneliness he and other men felt while stationed far from home:

You know it does hurt always, being out here…It has helped me to understand what the men at the front are giving – the awful, awful home-sickness that some have had for a year & a half: I think the men mind it more than the actual hardships and even dangers. (MS 4910 f. 43) 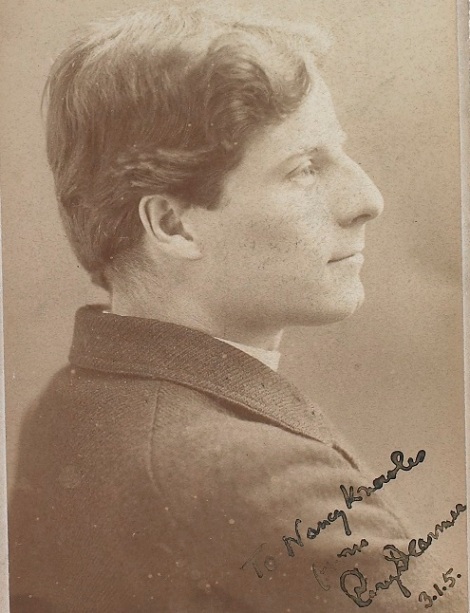 Percy Dearmer remained optimistic, however, and his intimate and personal letters to his wife reveal the ways in which he, like so many others during the war, found comfort in thoughts of his loved ones and in the very act of writing to them:

Every thought of you is sweetness to me, and everything I do has you at the back of it; and I never am really away from you for a minute. (MS 4910 f. 16)

After the war, Percy Dearmer became secretary, and later chairman, to the League of Arts. In 1931 he was nominated to a canonry at Westminster Abbey, where his ashes were interred following his death in 1936.